Carlsbad is a city near San Diego, in California. It's known for Tamarack Surf Beach, backed by the Carlsbad Sea Wall, and secluded South Carlsbad State Beach. The Legoland California theme park includes rides, a water park and the SEA LIFE Aquarium. The Flower Fields is a seasonal attraction, with acres of flowers. Set in a canyon, the Leo Carrillo Ranch Historic Park is home to free-roaming peacocks.   Carlsbad is a coastal city in the North County region of San Diego County, California, United States. The city is 87 miles (140 km) south of downtown Los Angeles and 35 miles (56 km) north of downtown San Diego and is part of the San Diego-Carlsbad, CA Metropolitan Statistical Area. Carlsbad is a popular tourist destination. The city's estimated 2018 population was 115,877.[6] Among the nation's top 20 wealthiest communities, Carlsbad is the 5th richest city in the state of California with a median household income close to $105,000 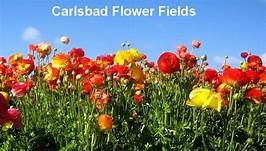 Find a Home in Carlsbad

See All Neighborhoods
Based on information from California Regional Multiple Listing Service, Inc. as of Feb 24, 2020 6:57:pm. This information is for your personal, non-commercial use and may not be used for any purpose other than to identify prospective properties you may be interested in purchasing. Display of MLS data is usually deemed reliable but is NOT guaranteed accurate by the MLS. Buyers are responsible for verifying the accuracy of all information and should investigate the data themselves or retain appropriate professionals. Information from sources other than the Listing Agent may have been included in the MLS data. Unless otherwise specified in writing, Broker/Agent has not and will not verify any information obtained from other sources. The Broker/Agent providing the information contained herein may or may not have been the Listing and/or Selling Agent.