Carmel Valley is a suburban planned community in the north-western corner of San Diego, California, United States.[2] The community is composed of commercial offices, residential units, hotels, and retail stores and restaurants.

Carmel Valley is bordered to the north by the North City Future Urbanizing Area (NCFUA) and Pacific Highlands Ranch; to the south by Los Peñasquitos Canyon Preserve and Torrey Hills; to the east by Pacific Highlands Ranch and Del Mar Mesa; and to the west by Interstate 5 and Torrey Pines. Nearby is the Torrey Pines State Natural Reserve, where one of two stands of the endangered Torrey Pine is found to occur. The area overlooks the ocean and is located in the hills.

While many people in the area are now referring to the entire 92130 zip code as Carmel Valley, the actual boundaries of the community remain unchanged from the original community plan. The remainder of the 92130 zip code is filled by the surrounding communities of Del Mar Mesa, Pacific Highlands Ranch, and Torrey Hills. Torrey Highlands, the easternmost section of Del Mar Mesa, is considered to be a part of Carmel Valley and the boundary between Carmel Valley and Rancho Peñasquitos. 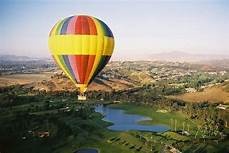 Find a Home in Carmel Valley

See All Neighborhoods
Based on information from California Regional Multiple Listing Service, Inc. as of Sep 27, 2021 10:43:pm. This information is for your personal, non-commercial use and may not be used for any purpose other than to identify prospective properties you may be interested in purchasing. Display of MLS data is usually deemed reliable but is NOT guaranteed accurate by the MLS. Buyers are responsible for verifying the accuracy of all information and should investigate the data themselves or retain appropriate professionals. Information from sources other than the Listing Agent may have been included in the MLS data. Unless otherwise specified in writing, Broker/Agent has not and will not verify any information obtained from other sources. The Broker/Agent providing the information contained herein may or may not have been the Listing and/or Selling Agent.